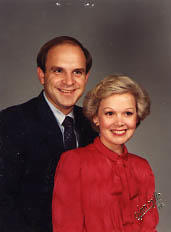 Olan Mills Inc., was established in Tuscaloosa, in Tuscaloosa County, by Olan and Mary Stephenson Mills in 1932. Until 2011, when company president Olan Mills II sold it to its major competitor, Lifetouch Inc. of Minnesota, it was among America's most significant twentieth-century portrait photography businesses.
In November 2011, when Olan Mills II sold the family-owned company, it had hundreds of studios across the nation and more than 20 in Alabama, mostly in KMart stores and Belk stores, and a large and very active Church Directory Division, which since the 1970s produced church yearbooks which include portrait photographs of individuals and families. The purchaser, Minnesota-based Lifetouch, Inc., the world’s largest employee-owned photography business, is the nation’s leading producer of school portraits, having acquired Olan Mills’s school division in 1999, and now the nation’s largest portrait photography business.
Source: http://www.encyclopediaofalabama.org/face/Article.jsp?id=h-2506