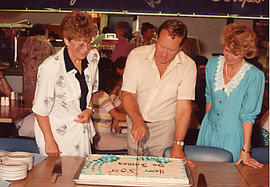 President Neil Snider, in full regalia, standing at a podium 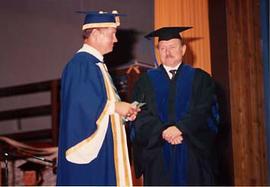 Photograph of R. Neil Snider standing on stage with another man at convocation. 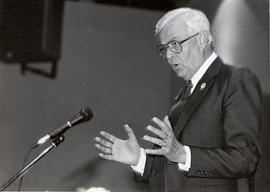 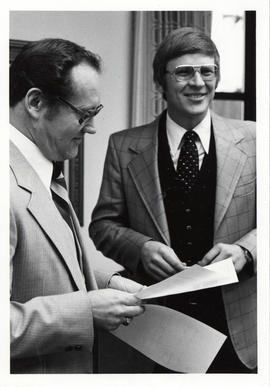 Photograph of an intense chess game at a picnic table between John Woodland and president Calvin Hanson; Jake Braun and Frank Mansfield look on Photograph of scholarship winners Kim Sawatsky and Betsy Addington talking with R. Neil Snider; all are seated on couches and this photograph appeared in the TW World. Photograph is sepia-toned.