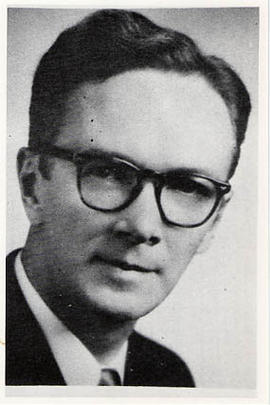 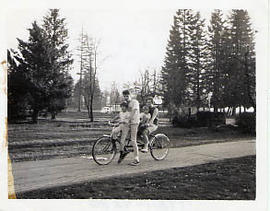 Photograph of Benno Friesen's children riding around campuswith two students on a "bicycle built for two." 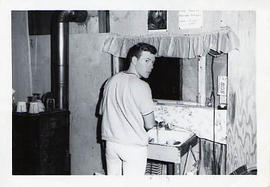 Photograph of a male student washing dishes in a sink, his back is to the camera but his head is turned to the photographer 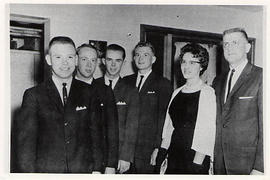 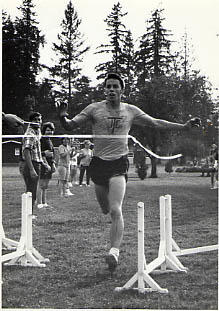 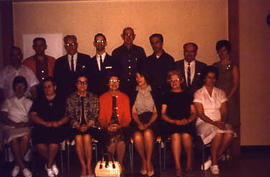 Slide 3 - a group picture of early staff members, including the Havens 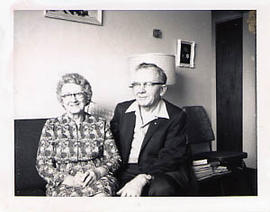 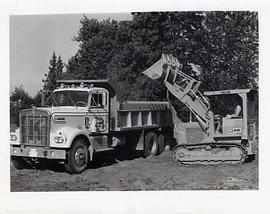 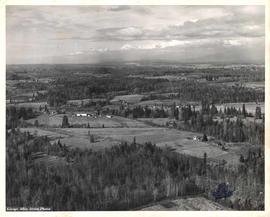 Photograph of the TWC site and surrounding area taken from the east; aerial photograph in which the buildings in the foreground do not belong to the school, but will give way for the construction of the freeway.