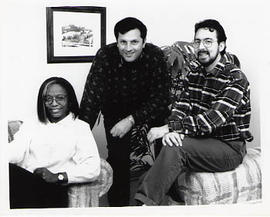 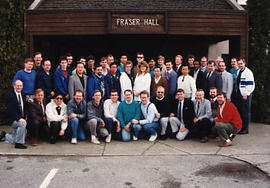 Photograph of group shot of ACTS (Associated Canadian Theological Schools) students, faculty, and administrators posing together outsides Fraser Hall. Arvid Olson is pictured at the far left; Austin Stouffer, Ken Davis and Vern Steiner are pictured towards the right of the photograph 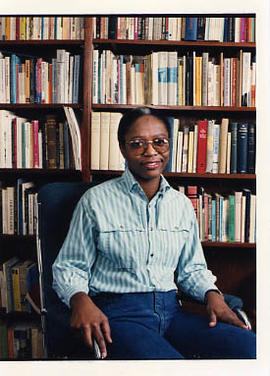 Photograph of a TWS student sitting on a chair in an office, with a bookcase behind her 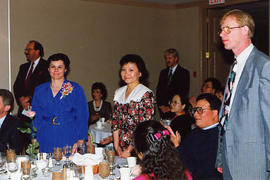 Photograph of seminary graduates standing and being applauded by their families, who are seated at dining tables during the ACTS graduation 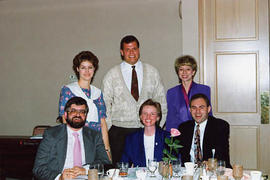 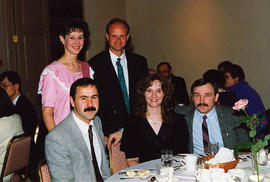 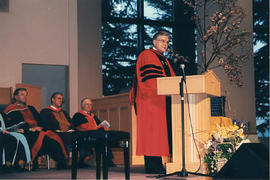 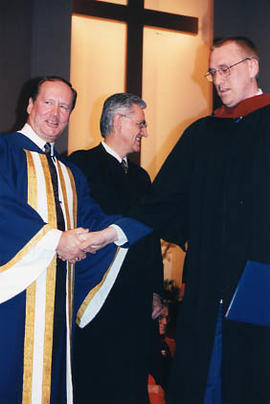