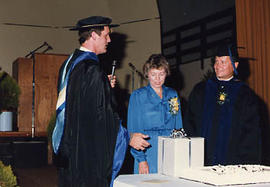 Dr. and Mrs. Snider being presented with a gift

Photograph of Vern Middleton presenting a gift and cake to Dr. and Mrs. Snider during Convocation 1985 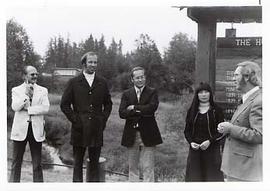 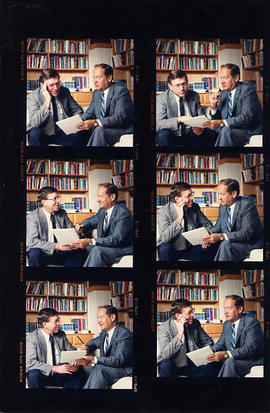 Photograph of Dr. Neil Snider and Bert Friesen, sitting in an office and discussing papers Dr. Snider is holding in his hand 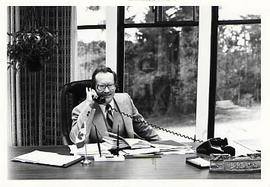 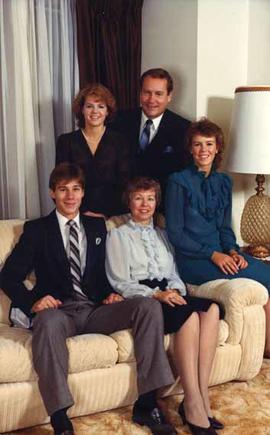 The five members of the Snider family posing in their living room.

Photograph of the five members of the Snider family posing for a formal portrait in their living room.