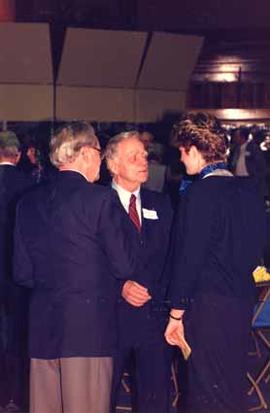 Photograph of administrator Robert N. Thompson, early Board member, talking with other guests during the Founders' Week Celebration.

David Thompson with the shovel at the groundbreaking 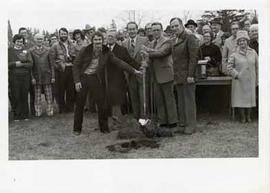 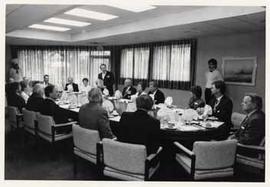 Reception following the dedication of the RNT Building

Photograph of the reception following the dedication of the Robert N. Thompson Building; Robert N. Thompson and Kenneth Davis are at either end of the table, and R. Neil Snider is near the middle, next to Lieutenant Governor Robert Rogers. 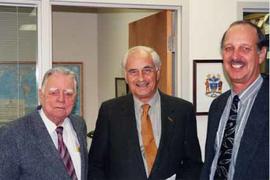 Photograph of veteran broadcaster and oral historian, Peter Stursberg, standing in the University Archives on the occasion of his donating books to the Norma Marion Alloway Library; Robert N. Thompson is on his right and David Twiest is on his left. 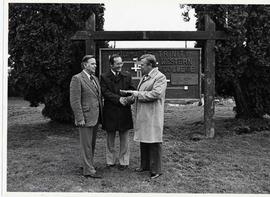 Photograph of R. Neil Snider receiving the final installment of a $10000 donation from Austen Torrell, Gulf Canada's corporate affairs director for BC.; Robert N. Thompson is on the right and all three are standing in front of the Welcome to TWC sign. 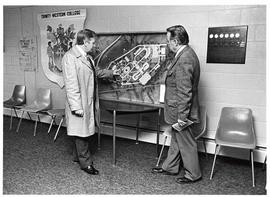 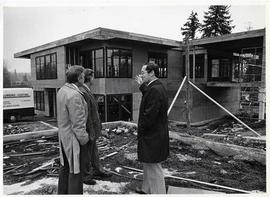 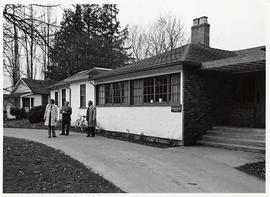