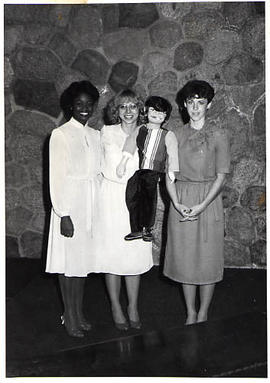 Photograph of music ensemble Aleithia posing at the front of the chapel with a ventriloquist's dummy. 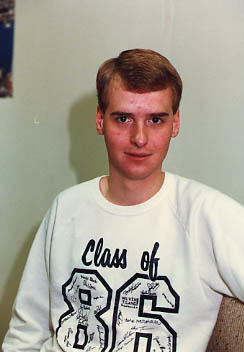 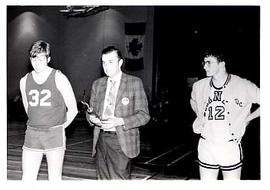 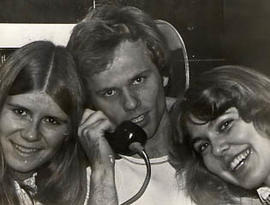 Students at a telephone booth 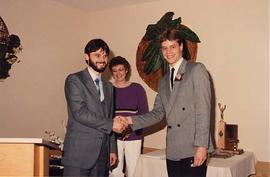 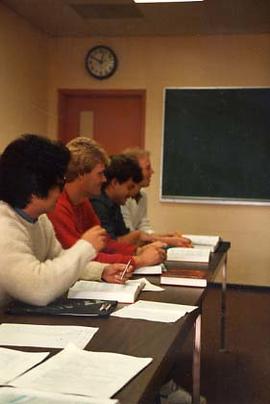 Students in the classroom

Photograph of a row of four students in class in the Robert N. Thompson Building. 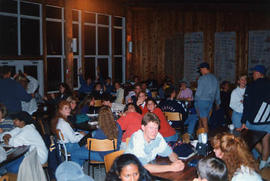 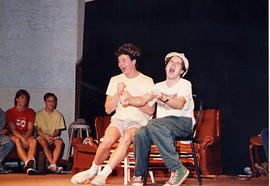 Photograph of two male students sitting on chairs on a stage in Freedom Hall an pretending to drive a car.

Student unloading a truck during O-Week 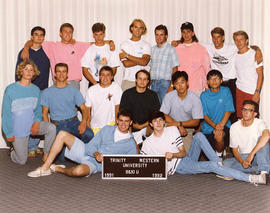 Photograph of the members of the dormitory 9 and 10 Upper posing together; most are wearing pastel colors.