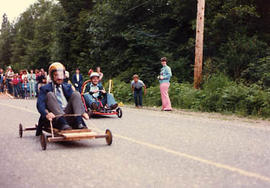 Faculty at a Soapbox Derby 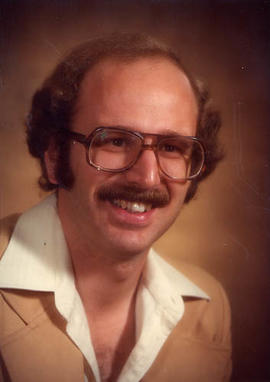 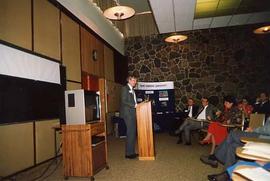 Rick Sutcliffe speaking at a reception

Photograph of Rick Sutcliffe from the side while he stands behind a podium speaking at a Wilfred Laurier University Reception for Educators on May 15, 1990. 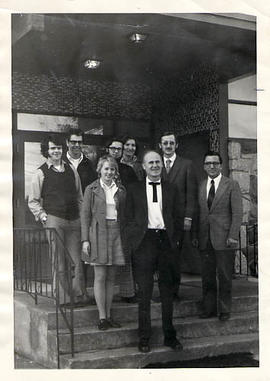 Photograph of eight faculty members posing outside on the steps of the Arts and Science Building, including Frank Mansfield, Don Tavolacci, Mr. Woodland and Harold Harder 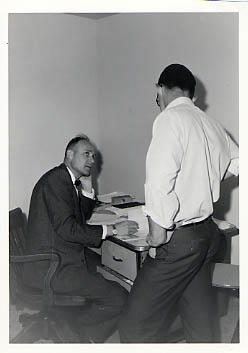 John Woodland at his desk

Photograph of John Woodland, a member of the science faculty, seated at his desk, looking up to another male faculty member whose back is to the photographer. 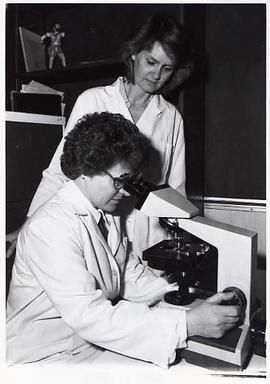 Two Instructors in lab coats looking in a microscope 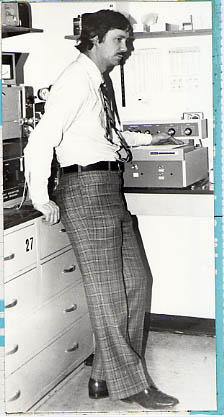 Jack Van Dyke in a laboratory 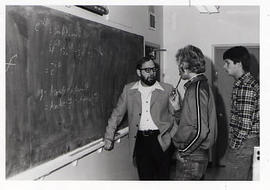 Frank Eshelman with a student

Photograph of faculty member Frank Eshelman standing with a male student in front of a chalkboard. 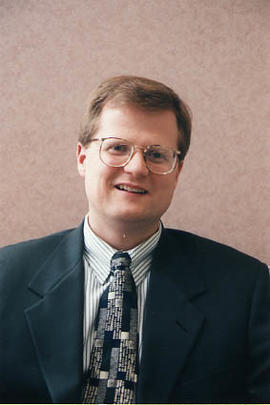 Photograph of Steve Wellum, Professor at ACTS, smiling at the camera; a close-up 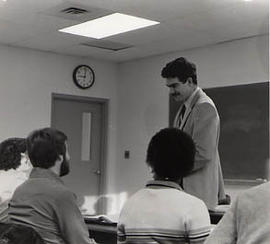