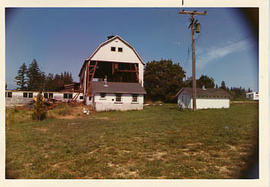 A barn and former gym

Photograph of a barn and former gymnasium that was going to be removed, taken for the purpose of property assessment

A brass band playing in the chapel

A Brief presented by Robert N. Thompson of TWC, to the Task Force on the Community College (May 29, 1974) 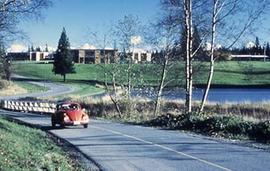 A car driving off Trinity's campus.

Slide is of red Volkswagen Beatle driving off Trinity's campus. Seen in the background centre in Mattson Centre with McMillan Hall to the left and the Arts and Science Building to the far right.

Part of Papers of Students and Alumni

File consists of a photocopy of a student paper for Dr. Roald Campbell in Education 554 titled "A Case Study in Policy Making: The Trinity College Act (1977, 1979). 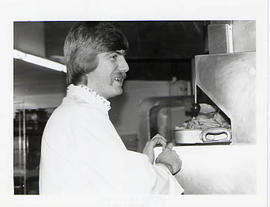 A chef in the cafeteria

Photograph of a close-up shot of a male chef standing in the cafeteria, taken from the side 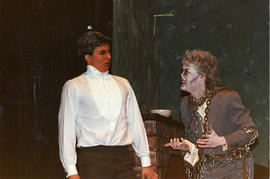