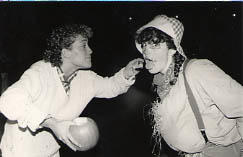 Students having fun at the Harvest Fest

Photograph of two female students, Barbara Prosser is on the right dressed as a scarecrow, while another student feeds her pumpkin during the Harvest Fest 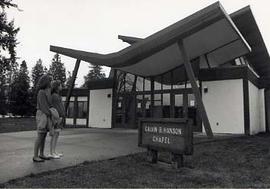 Photograph of two prospective female students with their backs to the photographer, looking at the Calvin B. Hanson Chapel during Insight 88. 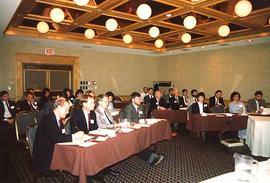 Participants at that I.E.L. Seminar

Photograph of a group shot of the participants of an I.E.L. Seminar seated at tables in Kitchener, Ontario. 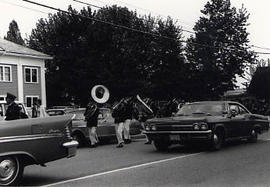 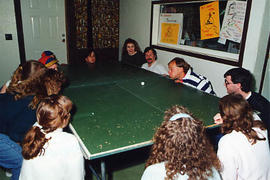 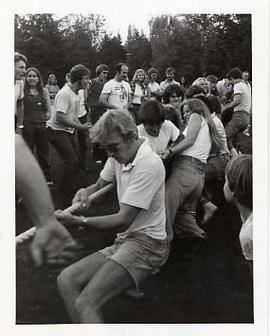 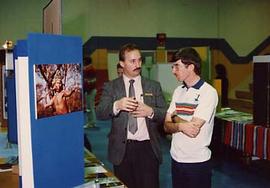 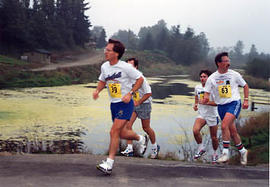 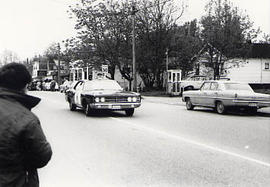 Photo of a police car escort during Queen's visit

Photograph of a police car, part of the police escort for the Queen's visit to Fort Langley 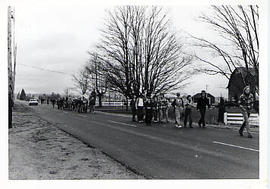 Students walking along 216th St. during the Walk-a-thon