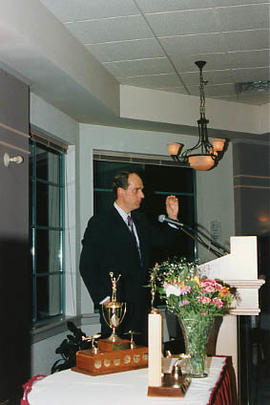 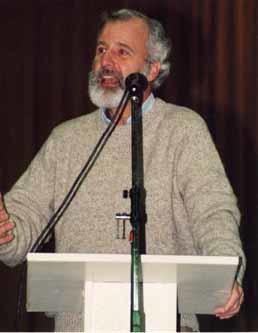 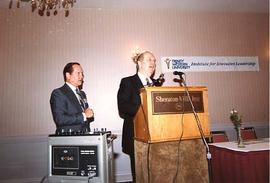 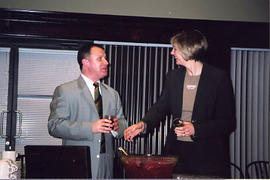 Photograph of a guest lecturer standing near an unidentified woman, next to a punch bowl, during a pre-speech reception, held in Alumni Hall 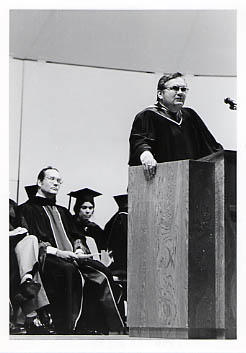 Photograph of a male grad speaker dressed in full regalia while making his address from behind a podium on stage in the gymnasium, Neil Snider is sitting on a chair in the background 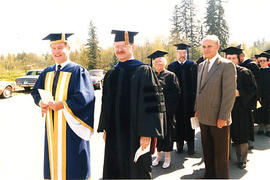 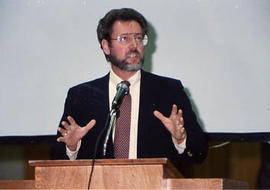 Photograph of Jim Westgate speaking at the podium during chapel. 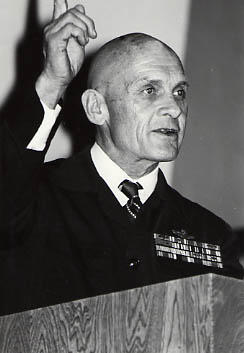 Photograph of a close-up shot of Colonel Heath Bottomly speaking from a podium, with his right hand in the air pointing upwards 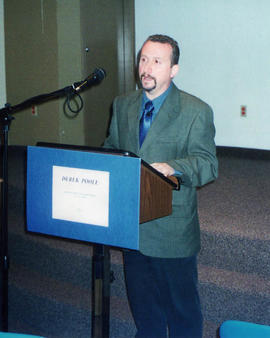 Photograph of a guest lecturer standing at a podium in the Northwest Building auditorium, January 23, 2003. A sign affixed to the front of the podium reads "Irish Studies Program; Trinity Western University" The topic of his speech, according to a document attached to a poster, was "Threatened Identity: Source of Conflict in Northern Ireland." 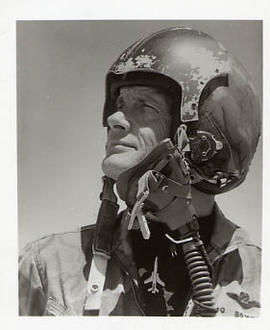 Photograph of a close-up shot of Colonel Heath Bottomly in airforce uniform, looking off to the left