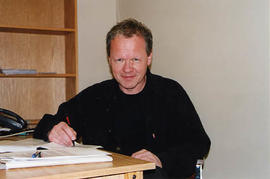 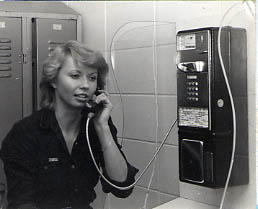 Student talking on a pay phone 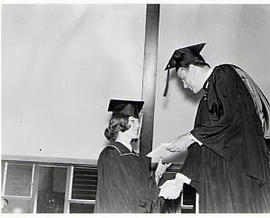 Photograph of President Calvin Hanson presenting a female student with a degree/certificate, with Enoch Mattson looking on in the background 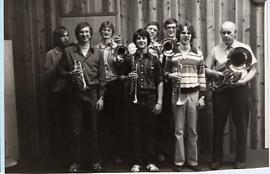 Instructor posing with horns section of the orchestra 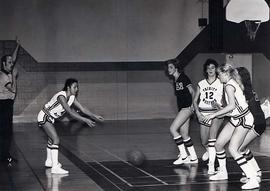 Photograph of a Spartan player passing the ball during a home game of women's basketball. 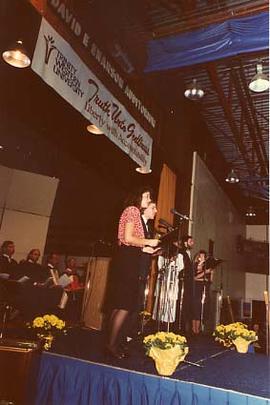 Photograph of a music ensemble singing at the convocation. 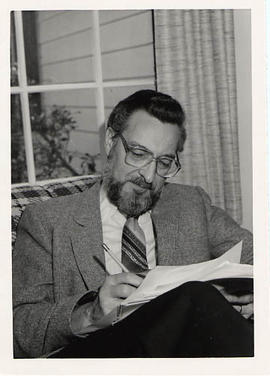 Photograph of Dr. Ken Davis, Distinguished Professor, seated in a chair and making notes on a sheaf of papers in his hands 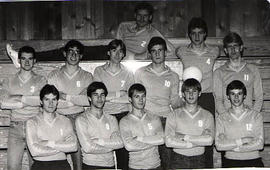 Photograph of the men's volleyball team posing in uniform in front of the bleachers in the gymnasium for a team picture; names of players on verso of photo 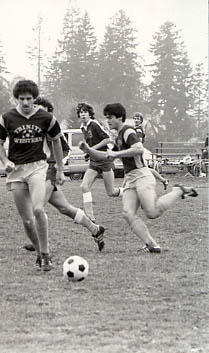 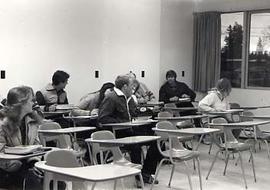 Students in the classroom

Photograph of the students in a class looking out the window.