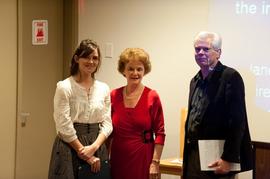 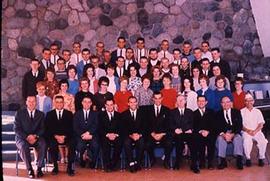 Slide is of staff and faculty posing for a yearbook image in the Calvin B. Hanson Chapel. 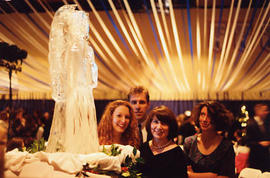 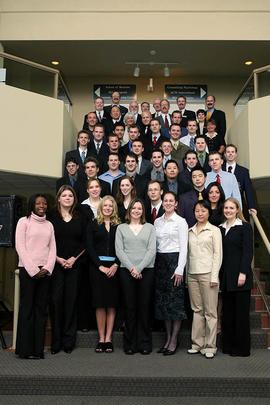 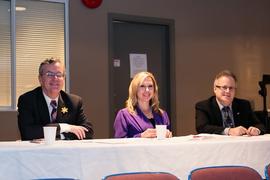 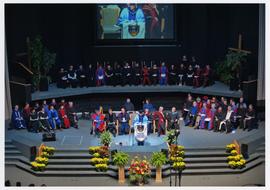 Item is an aerial photograph of President Neil Snider standing at a podium speaking at the 49th Annual Commencement Ceremony held in the auditorium of Abbotsford Pentecostal Assembly in Abbotsford, BC. Seated on stage are Board of Governors, and faculty members. The ceremony was projected on an oversized screen that is seen on the top of the photograph. 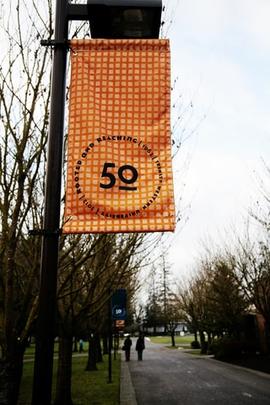